The view from the Spinnaker Tower, Gunwharf Quays, Portsmouth, Hampshire 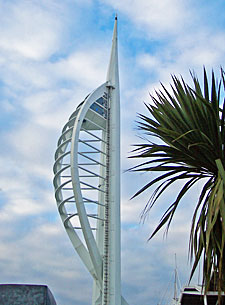 This page used to be on the Hampshire Guitar Orchestra website

Here are a dozen hi-resolution photos from the top of the Spinnaker Tower.

I never intended the Spinnaker Tower to form such a significant part of a website about Guitar Orchestras, but back in 2000 when the rest of the world celebrated the new millennium we were understandably a little peeved that the Portsmouth Millennium Tower wasn't even so much as a stump.

So we put up a Spinnaker Tower page that attracted Google visitors like bees to a honey pot (or in the case of the tower, like 50p's to a money pit).

As time drifted by (and visitors to Portsmouth also drifted by) it looked as if the tower might not even be ready for the next millennium!

And it's rather good! So it seems only right to redress the balance a little. From the comfort of your own armchair, come to the top of the Spinnaker Tower with me, and save yourself...

(*) That was the price when the tower opened. In its first 3 months it received many more visitors than expected. So they put the price up. It's no longer such good value for money - enjoy my photos instead!

Oh, and yes, on the day I went, the Maspero Glass Lift was still broken... 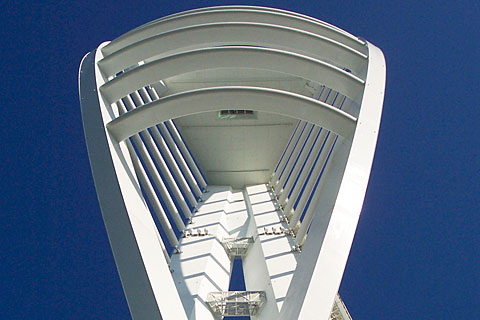 View from the queue - 90 minutes wait from here 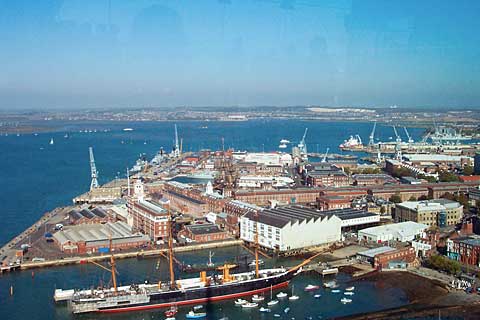 View North - the first thing you see leaving the lift 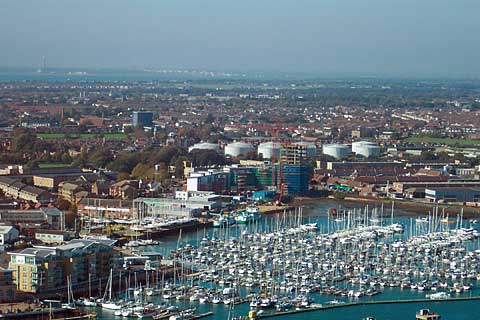 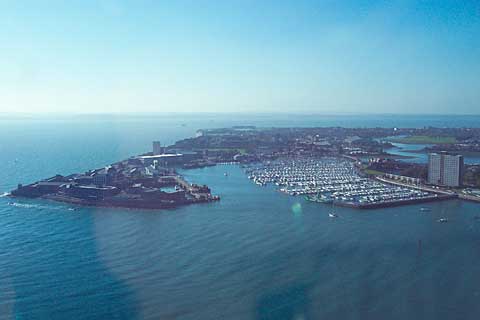 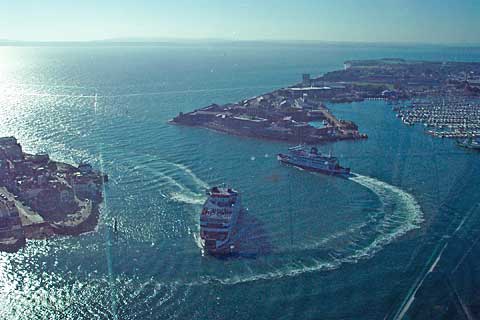 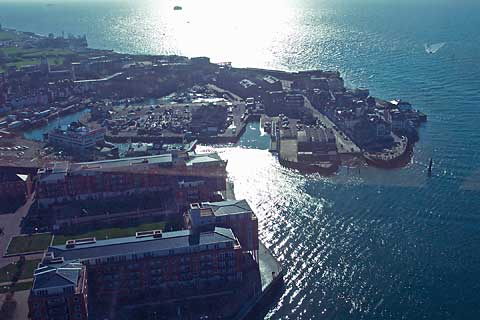 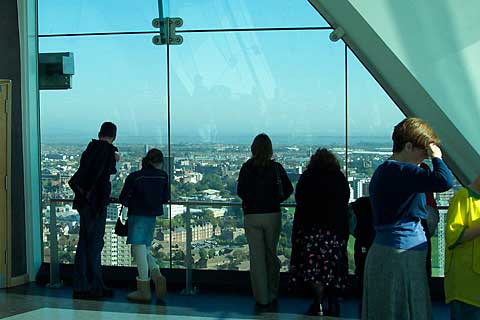 View east - there is glass there, honest! 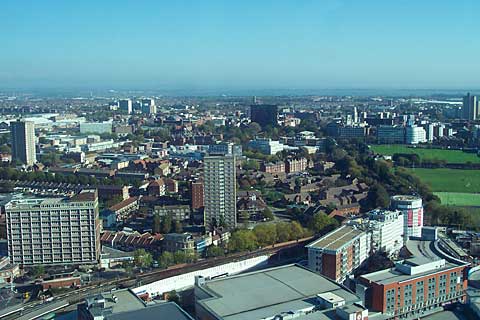 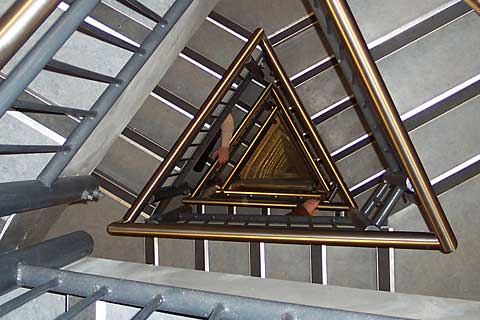 View down - the leg that doesn't contain the lift 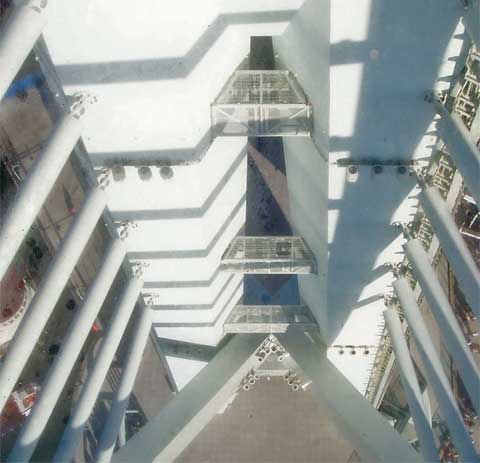 View down - there is glass there too, honest! 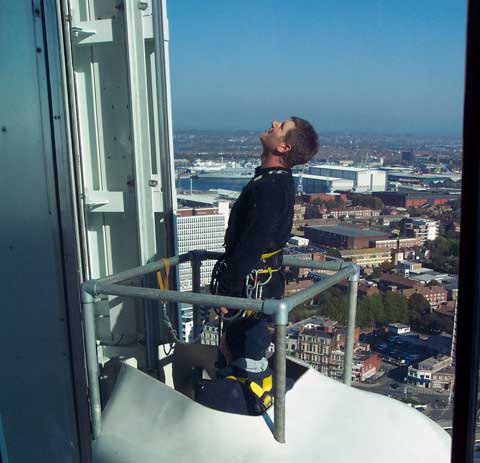 The hunt for Red October is over as the sub surfaces... 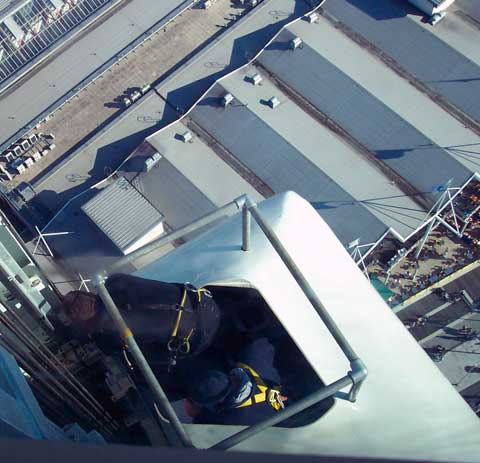 Visit the Spinnaker Tower yourself